Bi-Communal  Choir for Peace in Cyprus

Although I always avoid comparing forms, types of music, instruments, composers or musical works  and making distinctions such as “the best” or “my favorite”, I would not deny my admiration and special interest in choral music. Choral music for me is something special, in this particular case, perhaps because it uses the human voice, the most beautiful instrument in the world, or perhaps for the undeniable power of “speech”. As a person, however,  who has assimilated the instrumental music culture, I know very well that music, which is a language in itself, does not need words; that is why I believe that my love for choral music is not related to “speech”. I guess the secret lies in the most beautiful instrument in the world, the human voice.

The choir I will try to refer to in this article is a very special one.  Because in this choir one hears not only the beauty of the human voice, but also the beauty of HUMAN LOVE, the beauty of PEACE: In Turkish it is called KIBRIS’TA BARIŞ İÇİN İKİ TOPLUMLU KORO, in Greek: ΔΙΚΟΙΝΟΤΙΚΗ ΧΟΡΩΔΙΑ ΓΙΑ ΤΗΝ ΕΙΡΗΝΗ ΣΤΗΝ ΚΥΠΡΟ, my heart though has named it: THE DOVES OF PEACE…

This choir consists of people from the two major communities in Cyprus  (Greek Cypriots and Turkish Cypriots) who have joined hands to honor friendship instead of hostility, love instead of hate, peace and brotherhood instead of war. I had the opportunity to hear it for the first time at the Canakkale Festival held between 7-12 July 2015. Like its members, the conductors represent the two communities. Unlike other choirs, this choir has two conductors: the Turkish Cypriot conductor Mr. Kürşat TİLKİ and the Greek Cypriot conductor Mrs. Lena MELANIDOU.

It was founded in 1997 and began working in the Buffer Zone (which is under the supervision of the UN) in Nicosia. From 2000, both rehearsals and performances were held in the mixed village of Pyla in Larnaca district, located also in the Buffer Zone (about forty-five kilometers from Nicosia). Let it be noted that this village is the only place in Cyprus where Turkish Cypriots and Greek Cypriots live together. After 2003, when crossings began from one side to the other, the choir continued its work at the Ledra Palace Hotel in the UN Buffer Zone.

The members of the bicommunal choir:

The repertoire consists mainly of songs in the Greek and Turkish Cypriot dialects that reflect the Cypriot musical culture as well as of songs in Turkish, Greek or other languages that contain messages of peace, love, solidarity and reconciliation. They sing their songs under the direction of the two conductors alternately. So, when the song “My homeland has been divided into two” began to play at the festival, a song with verses by the Turkish Cypriot poet and writer Neşe YAŞIN and music by the Greek Cypriot composer Marios TOKAS (Marios Tokas, 1954-2008) we all stood up.

The song, that is sung in both languages, goes: ‘They say that one must love his own country, that’s what my father often says; my own country has been divided into two, which of the two parts should I love?’

The choir was also very beautiful on stage. Dressed in white, they were reminiscent of white pigeons. But as we listened to this heart-touching piece, the image of the choirs began to blur and fade; for tears do not let you see…

Inspired by these beautiful people, I also wanted to write a piece about this special choir. After the festival, I wrote the song titled “My Brother George / My Brother Mehmet, to be sung in both  Greek and Turkish. In the title of the song I used these names that are symbolic for both communities. The Turkish Cypriot choirs sing in Turkish, addressing the symbolic name George, and the Greek Cypriot choirs repeat the same words in Greek, addressing the symbolic name Mehmet. The translation of the lyrics into Greek and their adaptation to music was made by friends from the choir. Due to the time it took for all this and the obligatory interruption of the choir’s work because of the pandemic that followed, it was not yet possible to record the song, but dear Andromachi Pieridou, a member of the choir, made a first  youtube post of a video with Turkish and Greek lyrics and the digital tones of the piano scores of the piece together with the scores for choirs, enriching  it with photographs suitable for the content of the lyrics. I want to thank  dear Andromachi Pieridou and all the friends who contributed to the effort to adapt the lyrics to Greek. You can watch the video from the link below.

Although I have written for this beautiful choir a song suitable for lyrics, music and composition, for me the song-symbol of the choir remains the one with the title “My homeland has been divided into two ” … During the 2015 Festival, while the choir was singing at a street concert I could not resist the desire to sing it with them.  I jumped on stage and , hand in hand with dear Kostas Christodoulides, I took a seat to the right of the last row singing with them. This spontaneous gesture of mine must have pleased them too. At the concert in Cyprus a year later, as they were preparing to sing it, the conductor, dear Lena MELANIDOU, nodded to me to join the choir. Running to my old place (!) I experienced once again the happiness of singing with Kostas side by side. I would like to thank once again my dear Lena Melanidou and Kürşat Tilki and all my choir friends for this beautiful gesture that honored me and offered me so much joy. On this occasion, I want to shout it out to my dear friends from far away  that whenever they sing this song in their concerts, they should not forget me as I will always be among them …

My beloved wife Deniz also painted a picture of the choir during their performance at the 2015 Canakkale Choir Festival.   The painting that depicts the light of love shed by the choir, has been loved so much that they have used it as a symbol in many of their activities.

Since 2000, the choir has participated in events not only in Cyprus but also in Istanbul, Canakkale, Athens, London, Bratislava, Hungary and Lebanon and even  had international influence by singing at the European Parliament in Brussels in 2007.

After the lifting of restrictions at checkpoints in April 2003, the choir has  held  many concerts in Cyprus on both sides, carrying messages of peace,  something that is still continuing…

Lastly, the choir was honored by the Stockholm International Institute for Peace Studies with the “Edith and Morris Hiroshima Peace and Culture Foundation  2020” award  (80,000 Swiss francs)  as well as with the Sir Stelios  Hadjiioannou Foundation Award (10,000 euros)  for its contribution to the  rapprochement of Greek and  Turkish Cypriots.

What happened between the two communities in Cyprus is in our memory. The righteous anger arising from the events and sufferings hinders love and fuels hostilities. However, only love and peace can be the only thing that will relieve the experienced pain, not the enmity and wars that will be the source of new pains. As the saying “There is no winner in war, there is no loser in peace”, there is no other option but peace on the road to happiness. But it is not enough for only one side to want peace, both communities must want it with the same sincerity and make an effort. This is exactly what the Bi-Communal Choir is trying to do under the unifying wings of music. Let’s listen to these doves of peace rising from Cyprus without being stuck with the pain of the past: They  speak about HUMAN beings, not about the ENEMY… 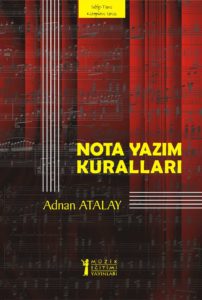 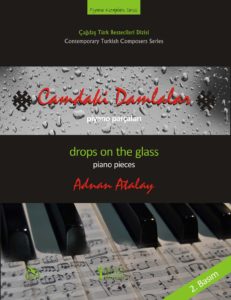 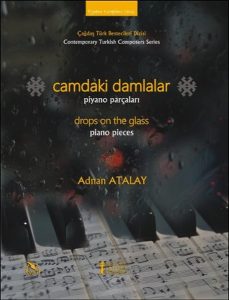